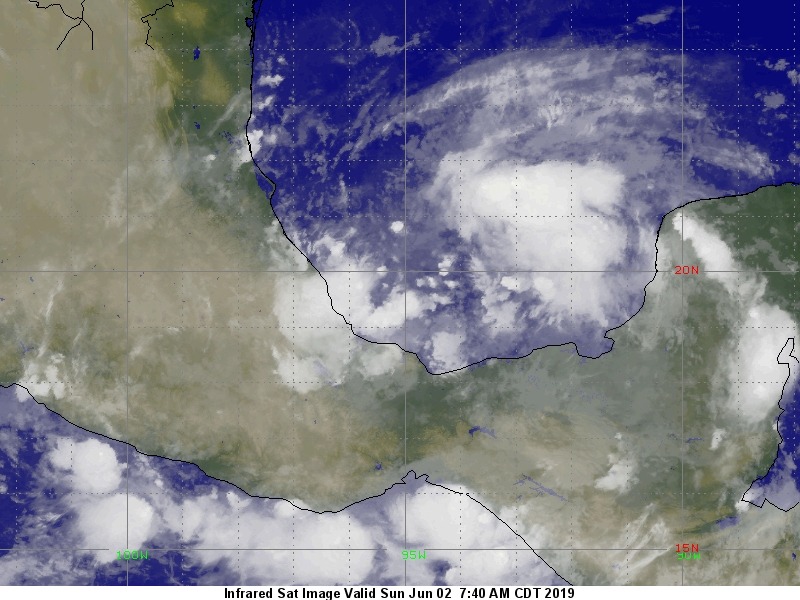 Key Points
1. Regardless of development, the greatest threat to Mexico is flooding from heavy rainfall.
2. We expect Disturbance 3 to make landfall near Tampico on Tuesday morning.
3. Strong wind shear will keep the threat very low for Texas. The only impact to Texas from the system will be heavy rainfall.

Our Forecast
Squalls associated with Disturbance 3 have increased over the past several hours, however the system remains disorganized. The latest satellite imagery is indicating that the center of the system may have redeveloped a bit northeast, closer to the thunderstorm activity. The system will have a chance to develop into a tropical depression within the next 24 hours and could become a tropical storm before reaching the coast of Mexico near Tampico on Tuesday morning. After moving inland, rapid weakening is expected. In the unlikely event that the system were to remain offshore and move toward Texas, strong westerly wind shear would likely cause the system to dissipate before making landfall.

Disturbance 3 will move to the west-northwest today before turning more to the northwest tonight into Monday. The northwest motion should continue until the system dissipates over northeastern Mexico late Tuesday. Thereafter, the remnants of the system will likely move toward southern Texas.

Since the system is not forecast to be any stronger than a minimal tropical storm, the greatest threat will be flooding from heavy rainfall. This threat will occur regardless as to whether or not the system develops into a depression or a tropical storm. Some of the rainfall will likely spread northward into Texas late Tuesday through Thursday.

Our next advisory will be issued by 3 PM CDT.

The yellow cone represents track error from the previous five years. Over the past five tropical cyclone seasons, the center of the storm tracked within the yellow cone 75% of the time. The cone does not represent the forecast uncertainty in the current advisory for this storm. In addition, strong winds, very high tides, large waves, and heavy rainfall can often extend well outside the yellow cone.